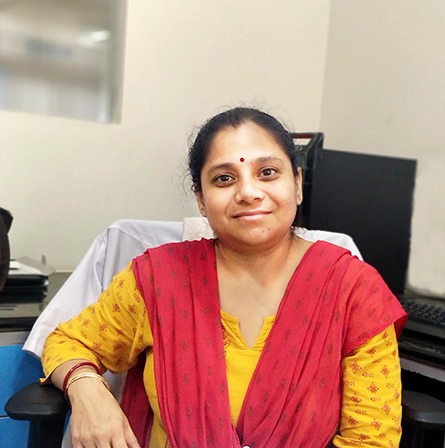 I completed my doctoral research from the Department of Biochemistry, Bose Institute, Kolkata, India. As a graduate student, I gained substantial experience in the area of yeast molecular genetics, cell biology, protein biochemistry and cell cycle regulation. I mainly focused on understanding the role of budding yeast protein,Chl1p, which is required to preserve genome integrityand spindle dynamics upon DNA damage in S-­‐phase. After graduating from Bose Institute I went for a postdoctoral career abroad to get an exposure to advance scientific training and to know the scientific community there.I started as a research associate at the University of Massachusetts Medical School, Worcester, MA. Where I obtained significant research experience in the area of cardiovascular development and cancerbiology. I further moved to Department of Hematology as a Postdoctoral Research Associate and studied the role of two different RNA binding proteins playing role in hematopoiesis and embryogenesis respectively. After a successful completion of postdoctoral training I got attracted and joined into a group where doctors, academicians and researchers work hand in hand toaddress the current problems in Indian health science. After returning, right now pressure is on establishing the laboratory. I have secured a seed grant from my University to get started with and very recently I have also secured a funding approval for a proposal from ICMR.

Assistant Professor (2016-till date) – Yenepoya (deemed to be university), Mangalore – Interested in revealing the key molecules in understanding the etiology of cancer biology and gene manipulation for better diagnostics and therapeutics

Breast cancer is the most common invasive cancer in females worldwide. It accounts for 16% of all female cancers and 22.9% of invasive cancers in women. 18.2% of all cancer deaths worldwide, including both males and females, are from breast cancer. Among the types of breast Cancer, Triple Negative Breast Cancer (TNBC) is the most challenging as it has no markers, it is refractory to the current therapies and also it has the highest chances of relapse. p53 is the major kinase which is most affected and studied in all type of cancers. Although it is only 20% affected in case of breast cancer but surprisingly in certain types of the disease like TNBC, p53 mutation is associated with higher frequencies. According to literature, increased rate of p53 mutations occurs in type of cancers which are carriersof germ‐line BRCA1 and BRCA2 mutations. Moreover, in typical medullary breast carcinomas, p53 mutation occurs in 100% of cases and it is well recognized that medullary breast cancers share clinicopathological similarities with BRCA1-associated cases. Methylation‐dependent silencing of BRCA1 expression occurs commonly in medullary breast cancers. Recent evidences show that coexistent loss of both p53 and BRCA1 predicts poor prognosis in TNBC. So looking at all the evidences and knowledge in literature I am interested to reveal the novel molecules to explain the correlation of the triple negative with BRCA1 and p53 for prognosis. In case of triple negative breast cancer, in absence of ER, PR and HER2, does the increase of epigenetic modifications in BRCA1 lead to the modulation of BACH1 repair activity, which finally affects p53. The effect of methyl transferase inhibitors on p53/ BACH1 activity can give answer to explain the pathway from epigenetic modification to p53 activity in TNBC.

Breast cancer is the leading cause of cancer death in women. Cancer occurs when tissue homeostasis regulation is perturbed, resulting in evolution of cells with increased growth & survival potential. The breast cancer stem cells (CSCs) plays major role in disease and relapse. In addition to CSCs formation as a part of tumor progression, therapeutic intervention like chemotherapy and radiation therapy also contributes to CSC genesis. Anti-angiogenic agents which induce hypoxia in tumors increased the number of CSCs in breast cancer. Factors from dying tumor cells also augment the CSC pool. Therapeutic intervention also alters the cells intrinsic mechanisms of preventing EMT. All these evidences suggests that, in addition to developing drugs that target CSCs, it is also necessary to study detecting changes in CSCs function that plays an instrumental role in preventing tumors from relapse. I am therefore interested to study the molecular and epigenetic changes in tumor cells upon irradiation which leads to the formation of CSCs, key player for relapse. I will also study the effect on kinase pathways with development of CSCs and also changes in p53 within CSCs. This study will provide new insight into the mechanisms driving breast cancer progression, drug resistance and reoccurrence.

Oncogenic activating mutations in the receptor, c‐MPL, have been identified in myelofibrosis (MF) and essential thrombocythemia (ET). In addition, even in the absence of mutations, a large proportion of Acute Myelogenous Leukemia (AML) cases express c‐MPL and have enhanced proliferation and survival of HSCs in response to THPO. THPO, and its receptor, c-MPL, are essential for megakaryocyte development and for maintaining hematopoietic stem cell function. The presence of boththe isoforms is significantly required. My previous work suggests that the regulation of the two isomers of cMpl plays a very important role in megakaryocyte development and hematopoiesis (Blood, 2014). Knockout model of the spliceosome-associated Ott1 gene demonstrated that Ott1 binds to c‐Mpl pre mRNA and regulates splicing between Mpl‐TR and Mpl‐FL in HSCs. Activation of Stat5, a critical downstream effector of the Thpo/Mpl axis is dramatically reduced in Thpo-­‐stimulated Ott1‐/‐ HSCs. HSCs expressing a higher ratio of Mpl-TR: Mpl-FL have dramatically reduced engraftment when transplanted. So in conclusion over-expression of Mpl-TR decreased HSC function in a dominant-negative manner, most likely due to decreased signaling from Thpo in these cells. On the basis of background results I hypothesize that in AML cases where there is no c‐Mpl mutation, the balance of two isoforms is affected which leads to the enhanced proliferation and survival of HSCs. Detecting the different transcripts of MPL can lead to early detection or onset of AML. If HSC maintenance defects can be detected at a very early stage the treatment would be easier and effective. Also in diseases state inducing preferential splicing of MPL‐TR instead of MPL‐FL would impair disease by two mechanisms; (1) In cases with mutated MPL, the translated protein will terminate prior to the activating mutation and (2) MPL-TR will have a dominant negative effect on both mutant and wild type MPL at the protein level, thus impairing THPO response. ET, MF and AML are frequently insensitive to cytotoxic chemotherapies and can develop resistance to targeted therapies. An ASO approach to altering c-MPL splicing would have the advantage of high specificity and would exploit a novel therapeutic strategy for disease having treatments with low effectiveness and high toxicities. I am interested to generate site directed ASOs and promote MPL‐TR production consequently reducing c‐MPL signaling and interfering with THPO signaling in leukemic cells. 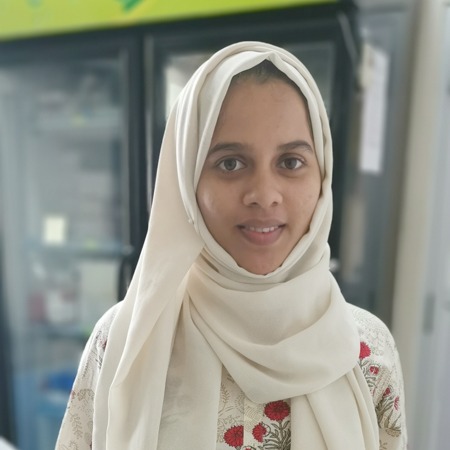