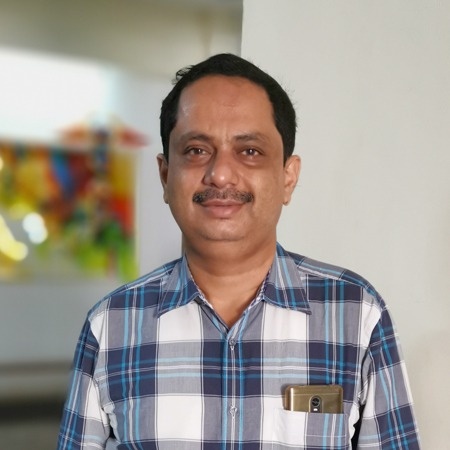 Dr. T. S. Keshava Prasad is a recipient of Young Investigator Award from the Department of Biotechnology, Government of India.  He is leading IOB’s efforts on the development of the Human Protein Reference Database, which is cited over 3000 times. He also contributed to a draft map of human proteome, which was featured on the cover of prestigious journal Nature. These two papers are ranked second and sixth among the Top 10 Publications with Indian affiliation in the area of Biology and Biochemistry as evaluated by the Department of Science and Technology (DST), Government of India with help of two independent international entities – Thomson Reuters and Elsevier and published in the “India’s Research Landscape: Output, Collaboration and Comparative Performance – Bibliometric Studies” on February 17, 2016.

Dr. Prasad was actively involved in the development of Plasma Proteome Database (http://www.plasmaproteomedatabse.org), and database of human signaling pathways – NetPath (http://www.netpath.org). Dr. Prasad has successfully established proteomics and bioinformatics facilities and research teams in three Institutes – Institute of Bioinformatics, Bangalore;  National Institute of Mental Health and Neurosciences, Bangalore; and Yenepoya (Deemed to be University), Mangalore. His research group is now increasingly focusing on genomic, proteomic and metabolomic approaches to investigate caners, infectious diseases, and neurological disorders and cancers. He has several national and international collaborations. He is a member of editorial boards of reputed journals and reviewer for several national and international journals.

Dr. Prasad is using multipronged omics approaches to discover potential actionable molecules and signaling pathways in human diseases relevant to India including cancers, infectious diseases and neurological disorders, which will probably be helpful in the early identification and better management of these diseases. He is investigating the molecular targets of traditional medicines in the quest for novel therapeutic targets in cancers. He is also investigating antigens of pathogens secreted into body fluids or excreted into urine in order to develop novel diagnostics to detect pathogens and infectious diseases. He is characterizing metabolites present in the medicinal plants and traditional medicines using global metabolomics, which will provide platform to identify new biological active principles.