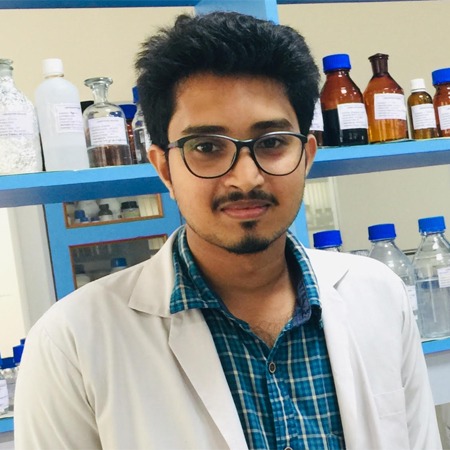 I have Completed my masters in Medical Microbiology at JSS Academy of Higher Education And Research, Mysore. I have done MSc  thesis work titled  “Knowledge, attitude and practices of health care workers who sustain needle stick injury in a tertiary care hospital”. Currently, I will be working on the Anti-quorum sensing mechanism in the case of the Burkholderia and pseudomonas aeruginosa in Chronic respiratory patients.

My research is based on the bacterial communication which imparts itself to progression of the diseases, Role of quorum sensing in Burkholderia cepacia adaptation during chronic respiratory infection. Chronic obstructive pulmonary disease[COPD] is abrupt exacerbation of the respiratory system where shortening of breath, breathlessness which continues for long days. During the period, system is affected with some contagions by bacteria, such as Streptococcus pnuemoniae, Moraxella catarrhal is, hemophilic influenza and some viruses are the major aetiological agents of the respiratory exacerbations, including Pseudomonas aeruginosa and Burkholderia cepacia. Study enables us to understand the differential diagnosis between the pseudomonas and Burkholderia and the role of quorum sensing mechanism involved in the Burkholderia  in chronic respiratory diseases. the study helps to reduce the progression of the disease by the introduction of the antiquorum sensing mechanism .the work include survival assay with help of C.elegans a nematode.